North Carolina farmers have faced significant stress in recent years, and COVID-19 has made matters worse. What is NC State doing to help turn the tide? And why should we all care?

The average American farmer feeds an estimated 166 people every day. But in North Carolina, some farmers feel squeezed.

The costs to produce food, feed and fiber have been rising for nearly a decade, while the prices farmers receive for their crops have not.

These trends have created what economists call a cost-price squeeze: Profit margins have become wisp-thin—or nonexistent—for many of the state’s producers.

As Nick Piggott, a CALS agricultural and resource economics professor, explains, “The world price is a large part of our local prices, and we don’t have the consistently higher yields that they have in the Midwest. 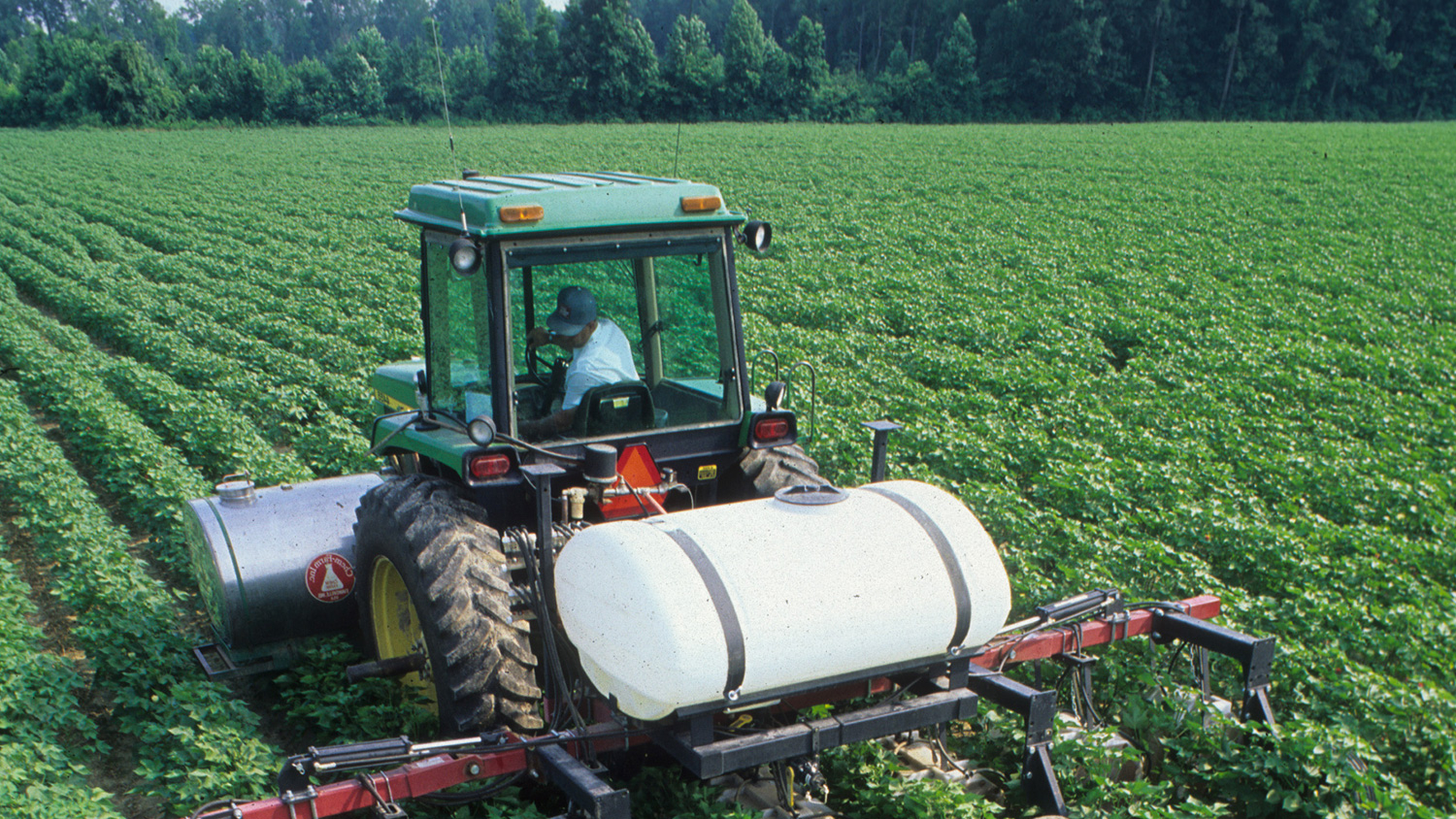 See how much you really know about North Carolina agriculture.

“You take that with the fact that we’ve had seen disruptions in agriculture due to the COVID-19 pandemic and major weather events that have impacted crop yields, and profitability has become even more challenging.”

In February, before the COVID-19 pandemic, the U.S. Department of Agriculture forecast national farm debt to rise this year to a record high of $425 billion. When adjusted for inflation, that number is lower than it was in the 1980s farm crisis, but it’s been climbing for more than two decades.

The bankruptcy rate in 2019, according to the American Farm Bureau, was up 33% over 2018 in North Carolina and 48% in the Southeast. The national rate slowed in the first half of 2020, in part because of the Coronavirus Aid, Relief and Economic Security (CARES) Act, but it was 8% above year-ago levels.

Risk is an everyday reality for farmers, much of it beyond their direct control, Piggott says. Along with weather, tariffs and trade wars, farmers deal with emerging pests and pathogens.

The COVID-19 pandemic added challenges. “It was a shock that we didn’t see coming, and it definitely hit agriculture,” Piggott says.

COVID-19 rocked the meat industry. Processing plants closed or slowed production as workers got sick and companies implemented safety measures. From April to June, processing capacity was down as much as 40% for pork and beef, Piggott says.

Some farmers, mainly in the Midwest, had to depopulate their herds or flocks, while others had to raise fewer animals. In late August, the effect on farmers was lessening as processing capacity returned to 2019 levels.

COVID-19 poses “an additional risk on top of all the other risks for farmers,” Piggott says. “And the longer the virus lingers, the bigger the economic impacts will be.”

The View from the Top

Despite the risks, Steve Troxler and Shawn Harding—who hold two of the state’s most influential agricultural leadership positions—are confident in farming’s future.

Troxler, the N.C. commissioner of agriculture, notes, “I’ve seen these people basically knocked to their knees, but I’ve seen them stand back up. They know there’s a good future in farming.”

In 2018, after Hurricane Florence, “we did a lot of reconnaissance in Eastern North Carolina to see what needed to be done, and when we stopped to talk to farm families, I saw tears running down their faces,” Troxler says.

He has seen more tears in recent years than at any time in his life.

“Agriculture is a business. We understand the business principles, but is there something we need to do as a society?” Harding asks. “Something that we need to look at that will make agriculture as important as any other occupation?”

North Carolina agriculture remains in transition. “Tobacco was such a big part of this state for so many years, and now it’s just not the same,” Harding says. “Quite frankly, a lot of our farmers are just, ‘What do we do? What do we do at this point?’”

He and Harding agree that agriculture in North Carolina isn’t down for the count.

“We can do it,” Troxler says. “And the reason we will do it is research.”

The story of North Carolina agriculture starts with farmers, who produce the crops, livestock and poultry that millions depend on.

In the face of sweeping changes and daunting risks, they are demonstrating grit, perseverance, innovation and ingenuity. 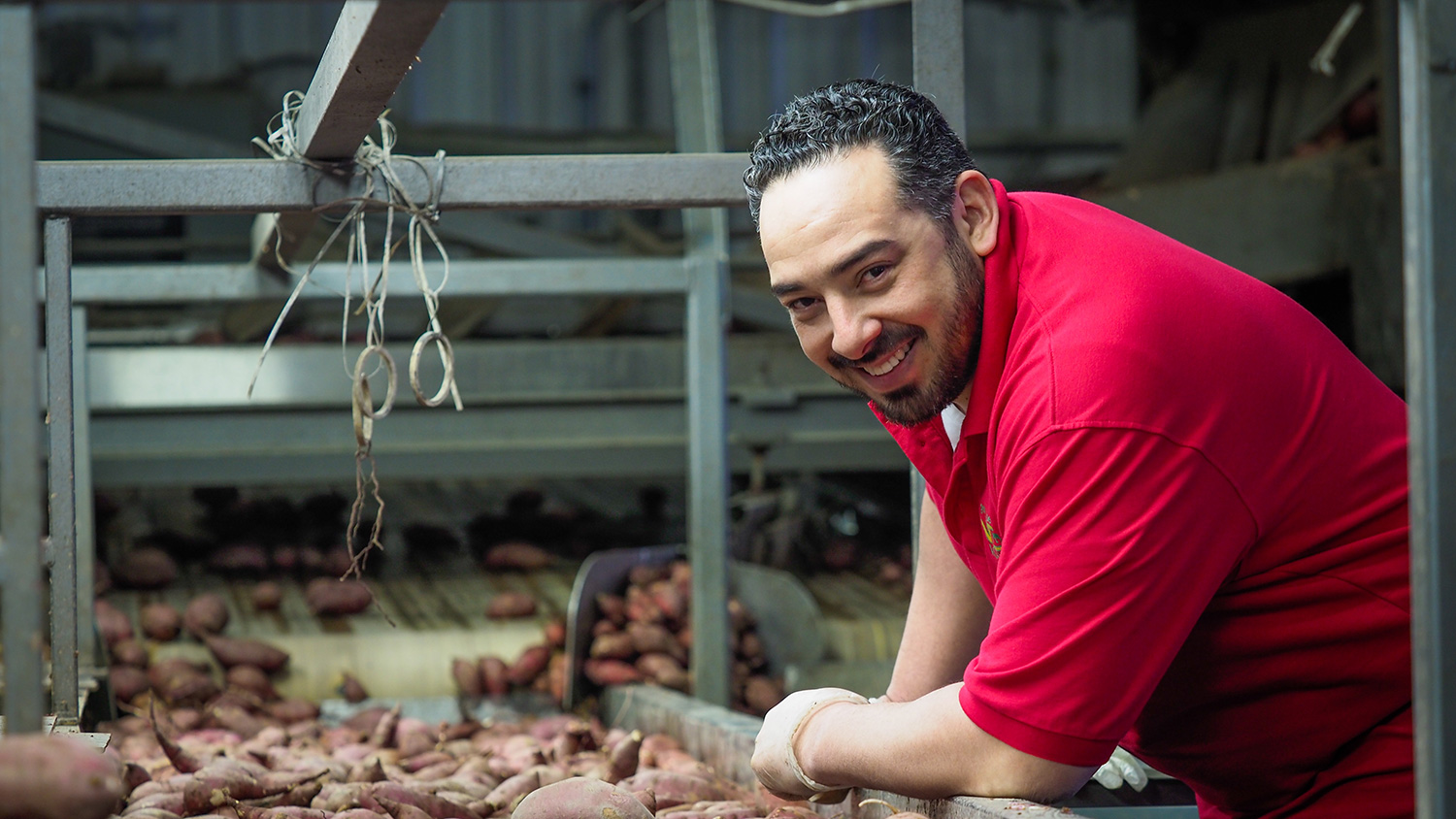 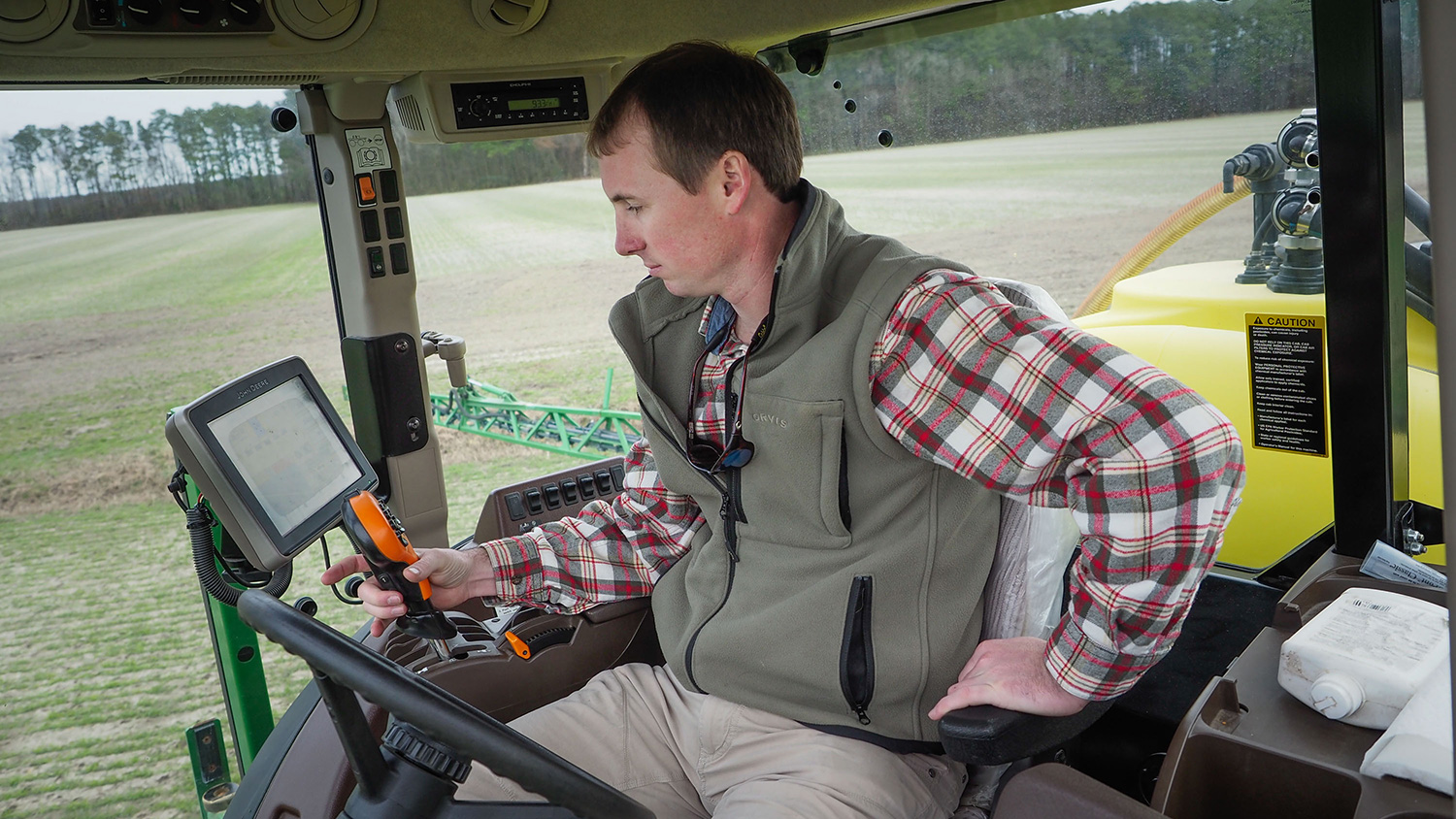 Archie Griffin of Washington, NC, has a vision for the farm of the future. It includes precision technology and a focus on local foods. 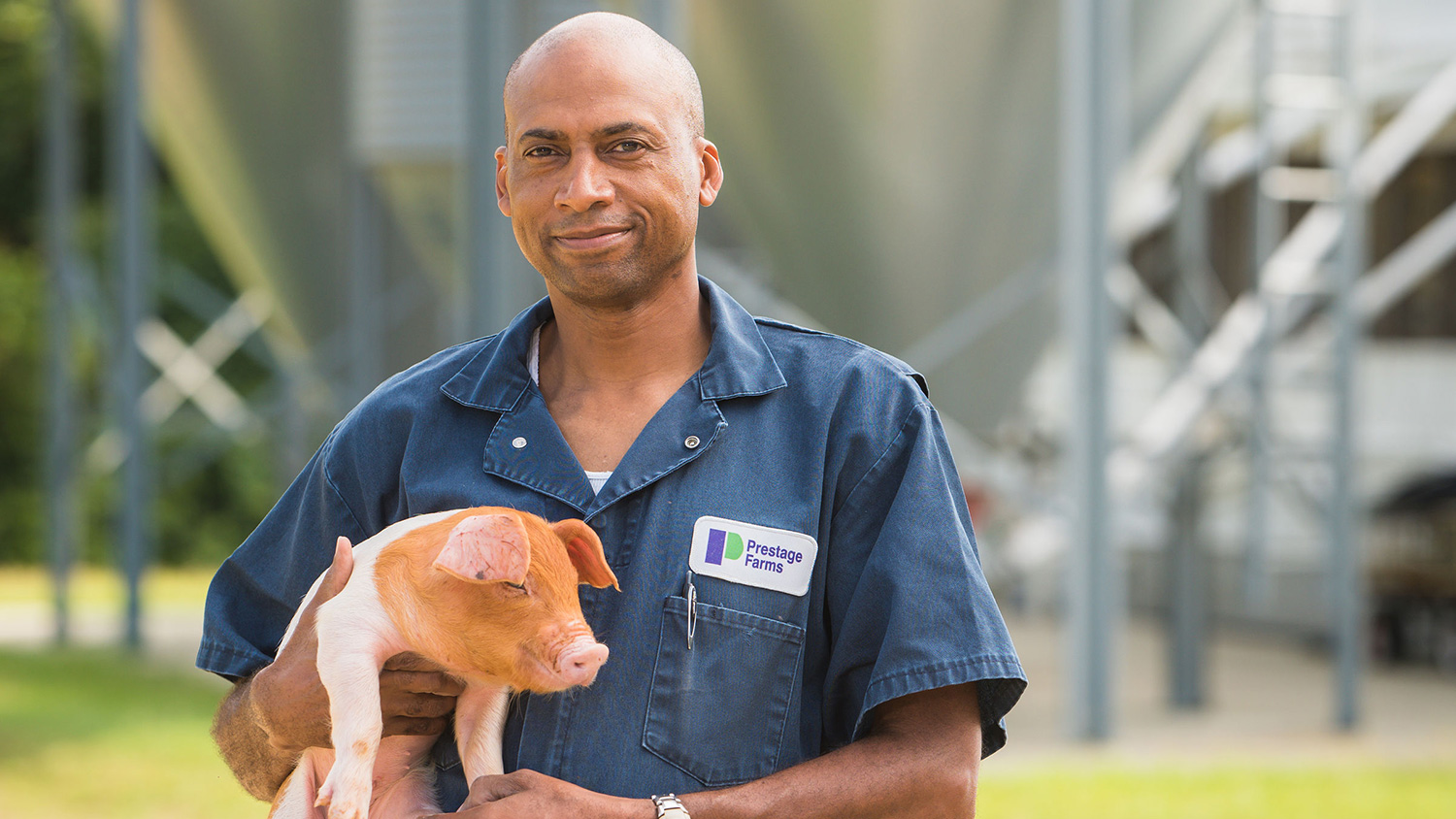 James Lamb, North Carolina’s Farmer of the Year, succeeds as both an environmental specialist for Prestage Farms and a contract piglet producer in Clinton, NC. 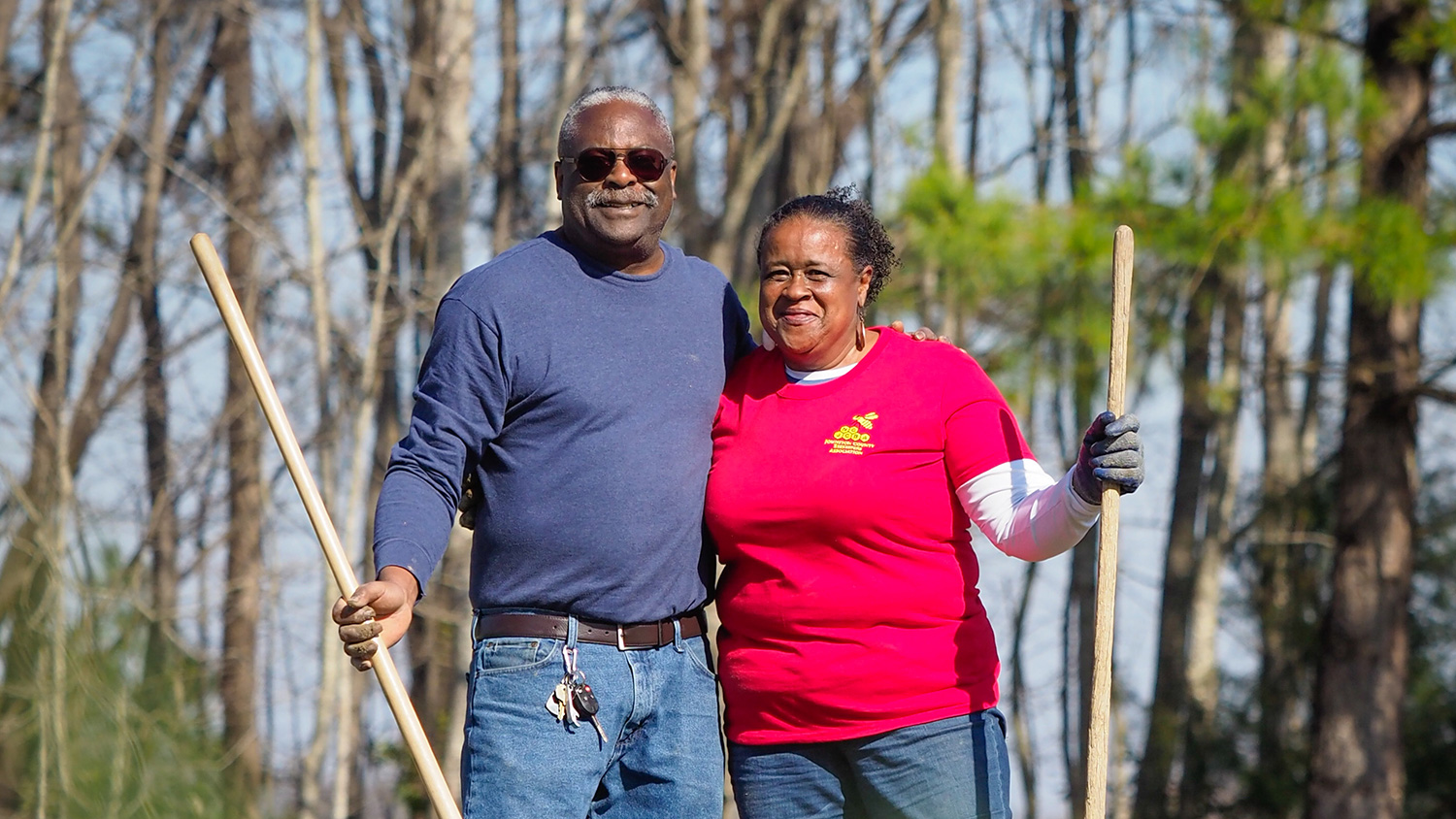 Doris and Donald Kidd of Selma, NC, turned to farming in retirement. They’ve found specialized markets for their elephant garlic. 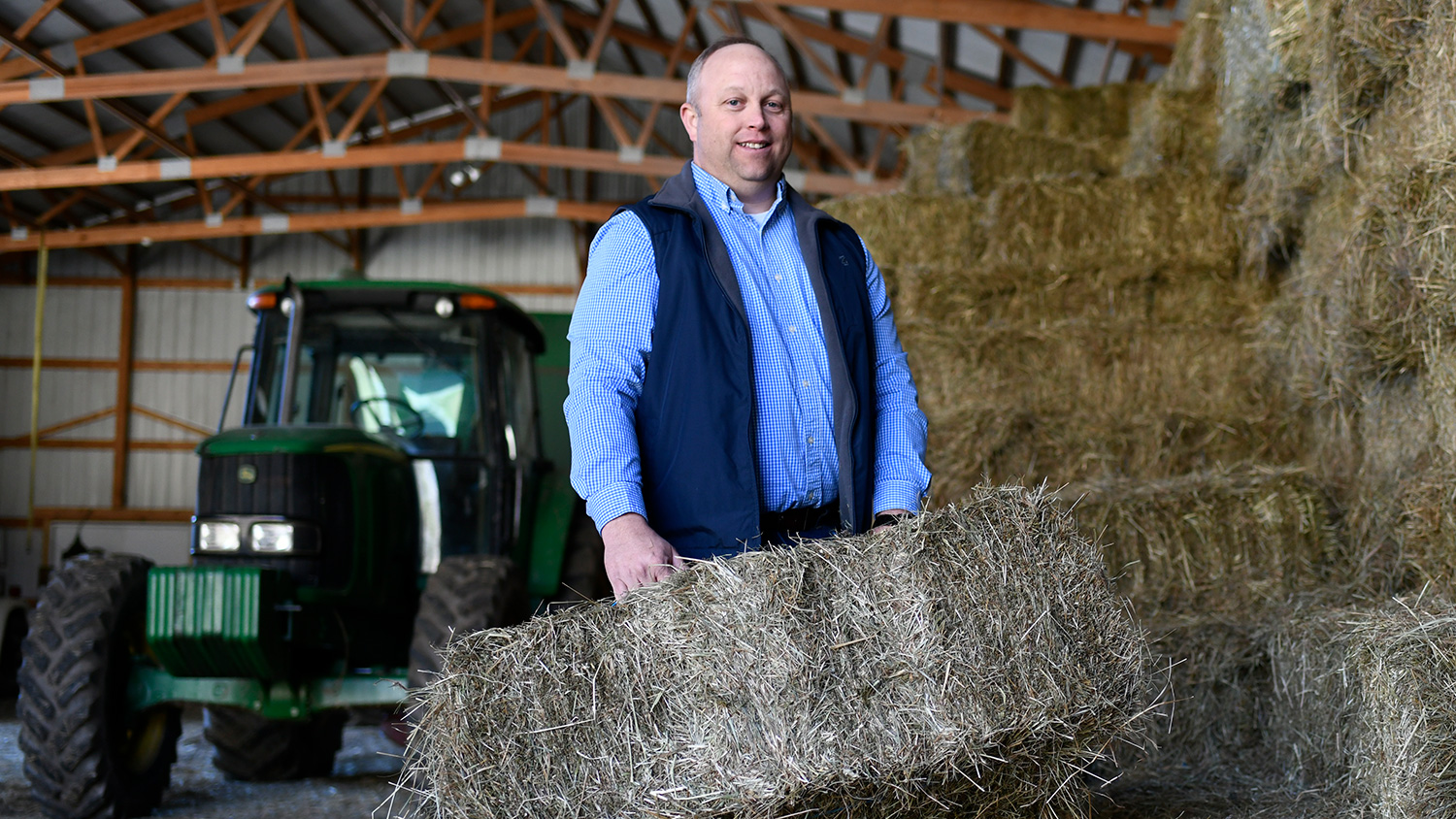 Jason Davis of Mills River, NC, didn’t grow up in family farming; he chose it. His approach calls for a healthy dose of diversification.

“There are a lot of incredible agriscience success stories, and the common thread for all of them is North Carolina’s innovative farmers and agribusinesses. They are constantly asking ‘what’s next’ for their operations and are visionary investors in and adopters of new technology and science.”

Pairing the internet with advanced data sciences could help farmers make better real-time production decisions, down to the square inch, he adds. That could give them a competitive edge in the global market.

However, many of the state’s farmers lack reliable, affordable broadband access to make sense of all the data they could collect.

This spring, 1,500 North Carolina farmers responded to a survey from the North Carolina Broadband Infrastructure Office and NC State’s Friday Institute for Educational Innovation. Only 16 percent of those who tested their internet connectivity met the FCC’s definition of high speed.

Dankbar says that while some farmers pivoted to direct-to-consumer sales online, revamping “their whole marketing plan for the year, which is really difficult and not ideal to be doing in March,” those with slower connections faced hurdles. 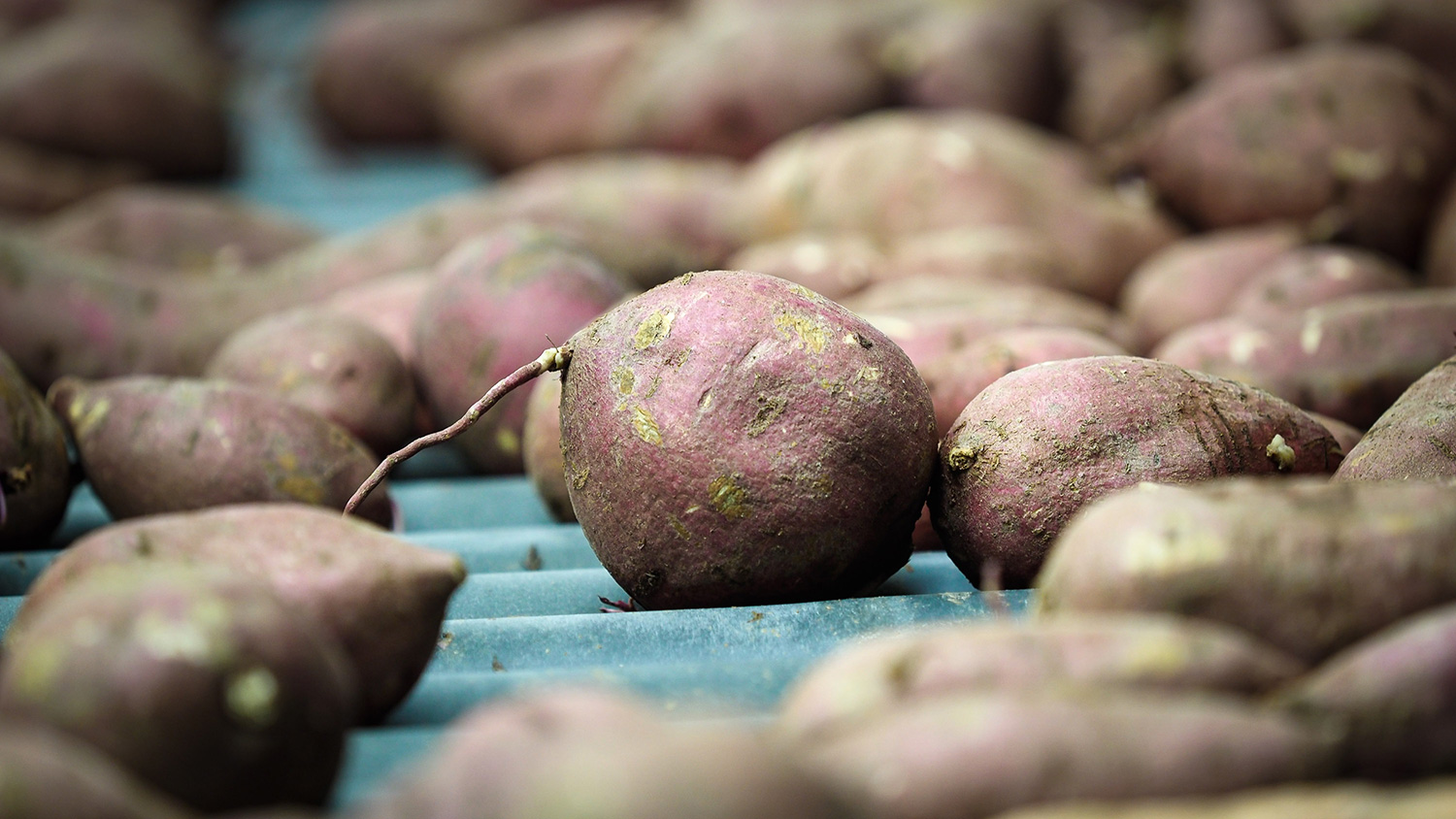 Some farmers see a need for deeper connections with consumers, worried that the public doesn’t understand how critical agriculture is to the state’s economy and quality of life.

“We’re such a small segment of the population now because we’ve been so efficient,” Harding says. “I think the challenge is to say, ‘Hey, there’s only 2% of us producing food for 98% of you.’ The way we produce that food is something people are interested in now.”

It’s time for the agricultural sector to make the most of that interest, Harding says.

“What I want most for this farm is for it to be successful, and I want to give back to the community,” he says. “I want the community around me, when they hear the Griffin Farms name, to say, ‘Oh, yeah, not only do they have good crops and good produce, they stand out. And they care.’”

Farming and stress have long been synonymous, says North Carolina Agromedicine Institute Director Robin Tutor-Marcom. But today, the stress is getting worse. She calls it compounded stress.

In recent years, North Carolina agriculture has been hit hard not just by record-breaking national disasters but also with a sustained barrage of problems: tariffs and trade wars, lawsuits, low crop prices, rising costs, a labor shortage, changing policies and regulations, a sharp uptick in farm bankruptcies and now, disruptions due to COVID-19.

We rally around and support one another like a family, and this situation calls for community as much as any I’ve seen.

And it has hit close to home. In 2019, Tutor-Marcom’s adult son decided to sell his swine operation because the stress overwhelmed him.

“Times like these,” he told her, “will make you think of doing things you wouldn’t normally do.”

Tutor-Marcom took that as a personal and professional challenge.

The institute she leads is a partnership of East Carolina, NC State and North Carolina A&T State universities. It addresses the health and safety risk faced by farmers, foresters and fishermen, their families and communities.

Farmers’ mental health has become a major focus for the institute. Calls come in nearly every day.

Tutor-Marcom, who holds a doctorate in agricultural and extension education from NC State, has conducted workshops across the state to raise awareness among health-care professionals, agricultural lenders and N.C. Cooperative Extension agents. She also developed an agricultural stress website, which lists resources for farmers experiencing anxiety or depression.

The site contains a video message from NC State Extension Director Richard Bonanno, encouraging farmers to reach out when they need help. The message is informed by his own experience as a family farmer.

“Combined with a lack of rural mental health infrastructure and the reluctance of farmers to seek assistance even during tough times—let’s face it, we can be a proud and stubborn bunch—studies have shown that emotional and mental health issues continue to spike among farm families nationwide,” Bonanno says. “Asking for help is a sign of strength, not weakness, and the farming community is as strong a group of people as I’ve ever known,” Bonanno adds. “We rally around and support one another like a family, and this situation calls for community as much as any I’ve seen.”