Dalton Dockery has dedicated 27 years to making connections to those he serves.

“Building relationships is the core of North Carolina Cooperative Extension. It’s one of the reasons I enjoy my job,” says Dockery, Extension director for Columbus County. “I’ve tried to instill that belief in the agents that I’ve hired.

“We want to make sure we distribute research and education from NC State, but we have to show our community that we care first.”

Dockery has shown his steadfast support for the people of Columbus County through times of crisis. When Hurricane Florence hit in 2018, flooding left many residents without power, food and water.

“The National Guard was able to get food to the county, but we had to find a way to distribute it to all of the communities. We worked with local leaders to set up a transit system to make sure everybody received food. We wanted to take care of our people,” Dockery says.

The CALS alumnus also works to address racial and political division within the predominantly white county. 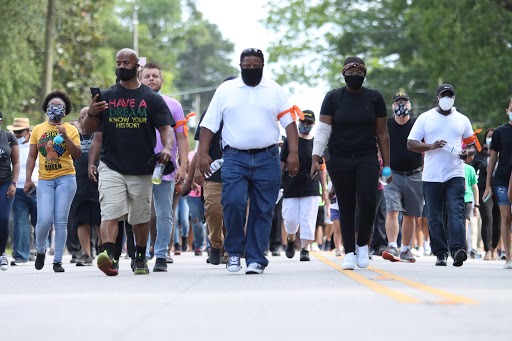 “Having this role as director, I saw it as an opportunity to help unify the county. We had a highly contested sheriff’s race a while back… There was so much racial tension, we needed to do something to bring the community together.”

There was so much racial tension, we needed to do something to bring the community together.

“Dalton had a longing to move this community beyond its division,” says Joe Washburn, pastor of First Presbyterian Church in Whiteville, North Carolina, who met Dockery soon after moving to Columbus County in 2017.  “He knows we all have our differences, but there’s more that brings us together than divides us.”

The group invited clergy from different backgrounds and religions to help lead the first community conversation at a local high school auditorium. They talked about three topics: skin color, education and religion. That session led to a second project where church leaders invited pastors from different denominations and racial backgrounds to speak to their congregations. They found they had much in common, Dockery says.

For Dockery’s work as an advocate for his community, county and state, NC State honored him with a 2020 Award of Excellence in Public Service.

“Dalton genuinely desires to help others. He lives to serve and it’s never about him,” Washburn says. “With Unify Columbus, he created a foundation where we can all come together and celebrate unity.”

“I was excited and happy to receive the award, but I was most excited that it was an opportunity to promote goodwill and shed light on work that’s being done in Columbus County,” Dockery says. “I want to thank my wife, Sheila Dockery, and our children, Whitely and Bryson, who continue to support me in my endeavors.”

Growing up in Nakina, North Carolina, Dockery was one of eight Black students in his high school graduating class of 90.

“There’s just a post office in my hometown, one store, one small restaurant and several churches. That’s it.” 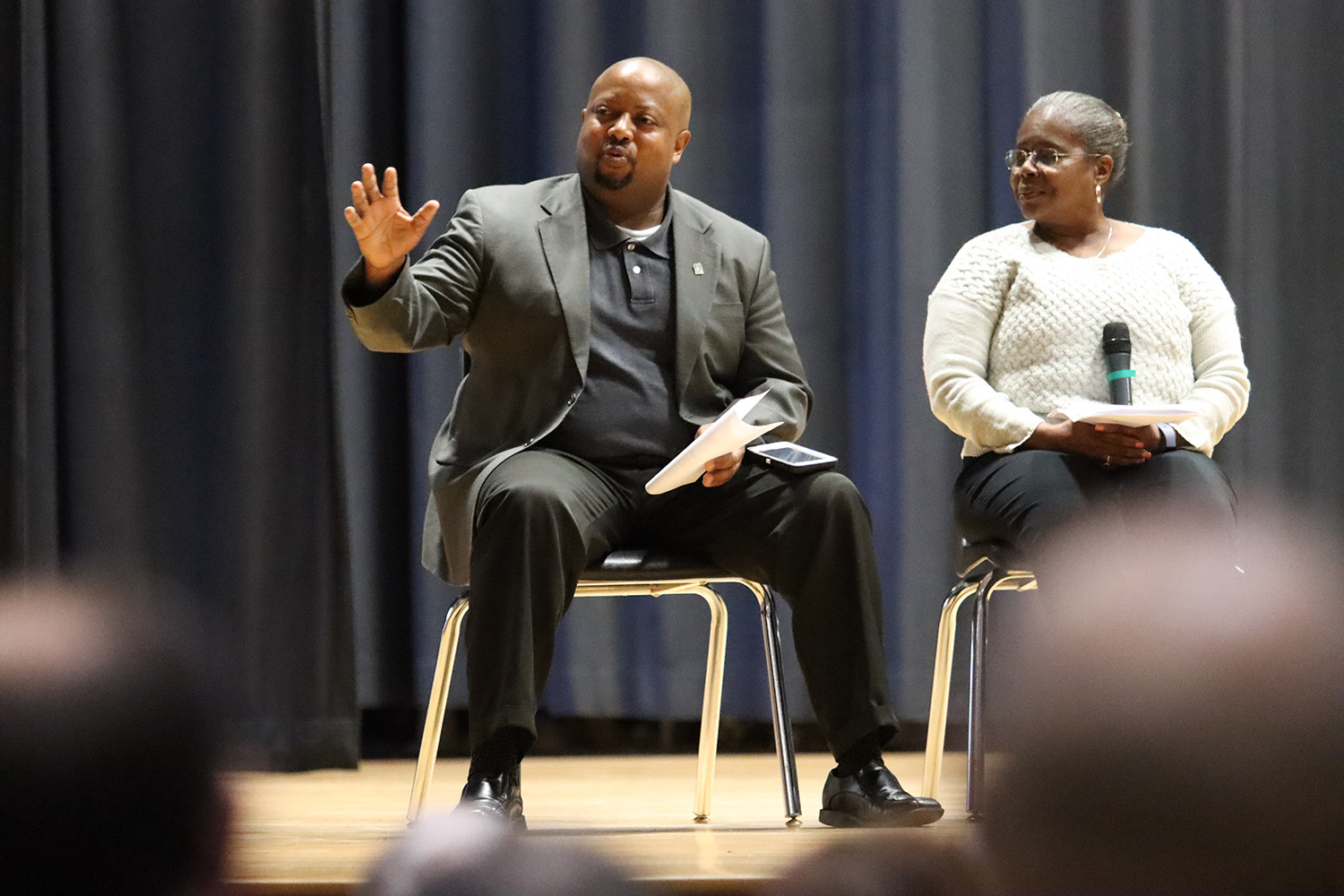 Working on his grandfather’s 100-acre farm with his father, mother and grandfather shaped Dockery’s work ethic and values.

“Cropping tobacco, maintaining crops, taking care of animals … that’s where I got my start and that’s really the foundation of how I learned to work hard and achieve my goals. Public service has always been my way of life. My parents instilled in me that we are here to serve.”

As the family began to farm less, Dockery realized he wanted to continue working in agriculture.

“I knew the best way to do that was to go into the educational side of it and learn as much as I could. NC State is one of the premier universities when it comes to agriculture.”

Dockery’s philosophy is that there’s always room for growth.

“We’re constantly transitioning,” Dockery says of his community. “I want to play a role in that transition, to make people, no matter what their backgrounds are, feel comfortable in America. I think we have a duty to do that.”