Skip to main content
Fall 2019 “They Used To Say, ‘It’s So Depressing!'”: Neil Bain and the BAE Renovations

Neil Bain has heard comments aplenty about Weaver Labs over the years.

Such complaints are getting few and far between.

Today, Weaver Labs is lighter, brighter, less cluttered and more energy efficient—thanks in part to Bain’s coordination. His work recently won him a CALS Award of Excellence, the highest honor the college bestows on staff. Point out the plaque, however, and he’s quick to credit others.

“There’s been a lot of work from everybody, not just me,” he says. “I didn’t do it alone. I’ve got a great staff that works for me and a great boss that I work for.”

Bain also acknowledges his wife, Sonia, for her ongoing support. “She rarely complains about my late hours, that I answer emails at 11 p.m. or that I take phone calls on vacation,” he says. “She always has my back.”

Bain first came to NC State as an undergraduate in 1982, still figuring out what he wanted from life.  When he learned that a four-year degree wasn’t going to lead him to the answer, he transferred to Central Carolina Community College in Sanford. He then took on a 4-year apprenticeship at Tarheel Tooling in Smithfield that led to his state credentials as a journeyman.

From there, Bain went on to a series of jobs in the private sector and, at one point, owned his own machine shop.

Bain arrived back on campus six years ago to work in BAE’s Research Shop, the largest machine shop on campus. In 2016, he became the supervisor. In addition to managing and working in the shop, Bain serves as the liaison between his department and NC State’s facilities division – a role that has expanded since Department Head Garey Fox’s arrival in 2017.

I’m proud of the … teamwork that has gone into this transformation.

He says he was happy to wind up back at NC State, though he knew the job would be challenging.

“I knew the building was old when I came here, but I thought I could make a difference,” he says.

Days can be long, he adds, and things are as likely to break in the evenings and on weekends as they are during regular work times.

Though he’s not a big talker, especially when the topic is himself, Bain offers three bits of career advice he’s learned over the years.

First, know the people you with work and what they do and when you need something, ask. “All they can do is say yes or no,” he says. “A lot of times I get told no, but more often than not I’ve found that I have been getting yesses.”

Second, help others, because that will make them more likely to help you later.

Third, be open to possibilities.

“You know that saying, ‘We’ve always done it that way?’ I despise that,” Bain says, “because just because you’ve always done something doesn’t mean you’re doing it right.

“People may be resistant to change, but even your worst critics, once they see that something’s working, will want to help and be part of it,” he says. “They also want to know what’s next.” 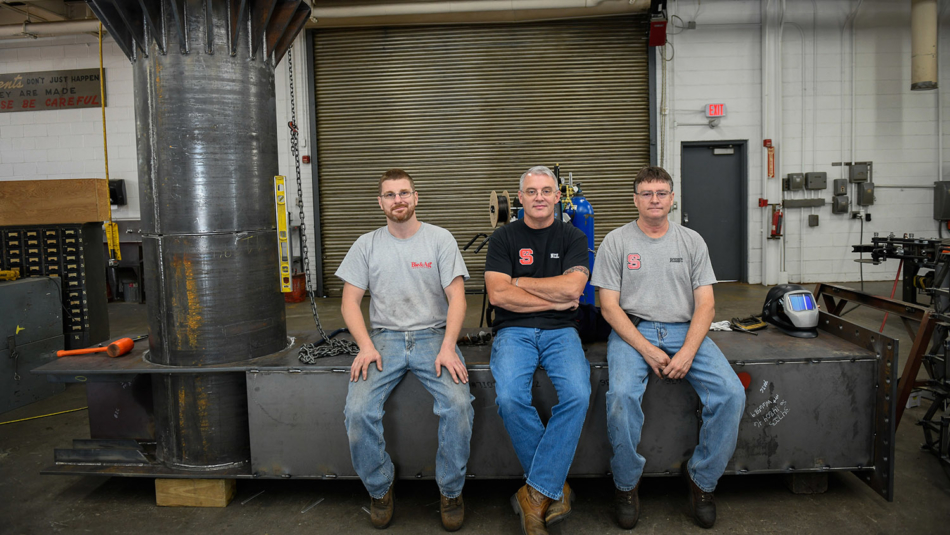