It’s the largest infrastructure expansion in college history: In the space of one year, six major CALS building projects have either broken ground or opened their doors. More are on the way.

Here’s your behind-the-scenes look into an unprecedented period of growth – and why you should care.

For department head Rick Davis, it was a matter of supply and demand: The demand for certified disease-free sweetpotato plants had quadrupled, but Davis knew that NC State’s greenhouses were not designed to provide that supply.

For Howling Cow Ice Cream co-founders Gary Cartwright and Carl Hollifield, it was overheard conversations both on- and off-campus that suggested a gap in public education: “Where does ice cream come from?” “The grocery store.”

For CALS Dean Richard Linton, it was his first year on the job in 2012. As he listened to requests and concerns across departments, Linton noticed a consistent obstacle to CALS’ next level of growth: infrastructure.

“New and updated spaces create a better work and learning environment, with better technology and a fresh sense of energy and excitement,” Linton says. “We attract top-notch faculty, staff and students by providing them with a strong foundation.” 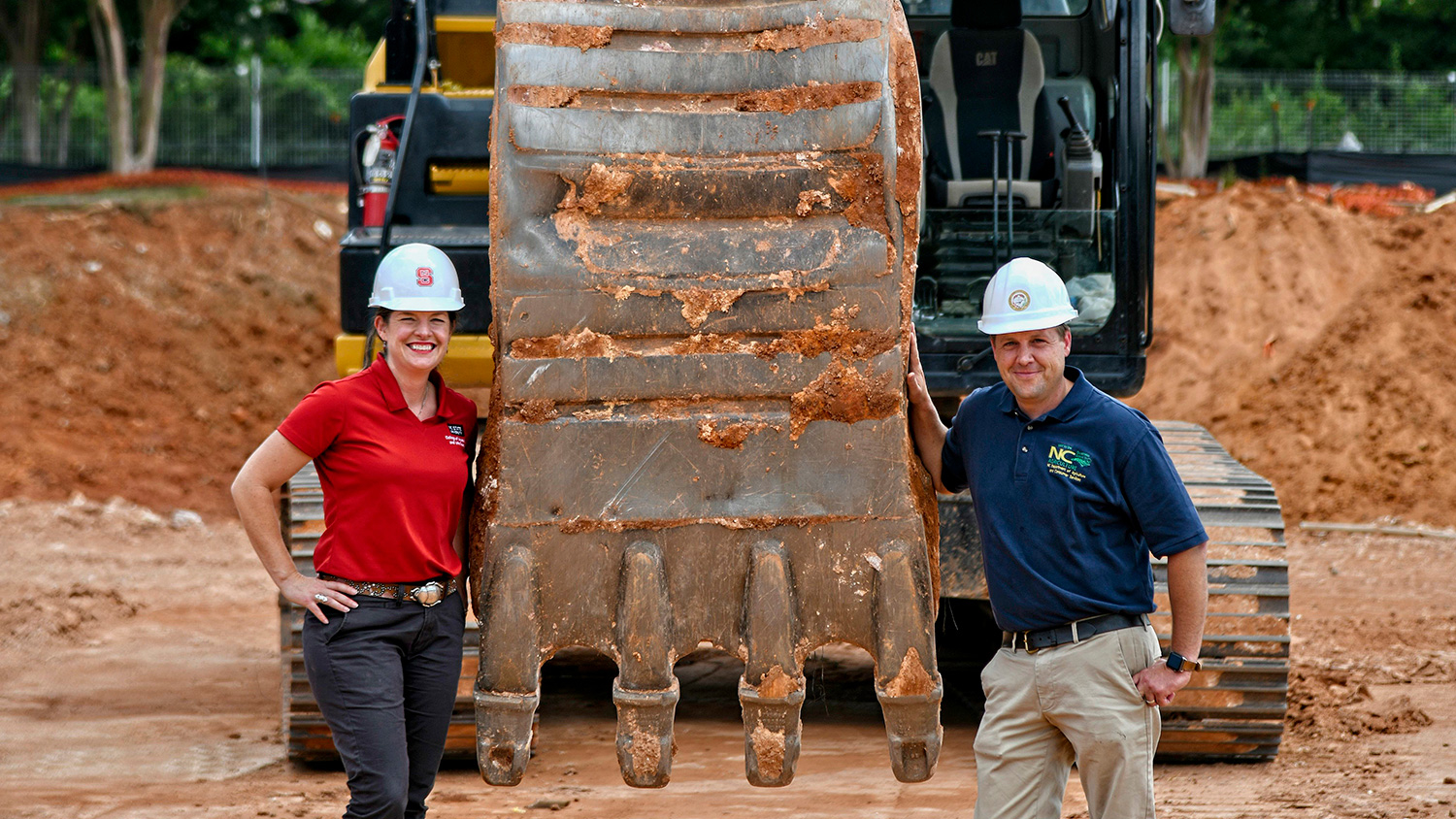 What does the largest infrastructure expansion in CALS history look like?

And that doesn’t begin to cover the renovations, upfits and major new projects on the horizon.

“We’re not just focused on next week or next month or even next year,” Linton says. “Our goal is to create lasting positive impact and momentum for decades and even generations to come.”

The official lingo for “much-needed buildings and renovations” is “capital projects.” To turn a capital project need into a brick-and-mortar reality takes leadership, teamwork – and hours upon hours of meetings and paperwork. In addition to multi-year new construction like the NC State University Plant Sciences Building, there are important smaller projects, like the transformational gifts and naming of the E. Carroll Joyner Beef Education Unit and the Dinah E. Gore Teaching and Research Kitchens.

Here’s how it turned out for Davis: Four new sweetpotato greenhouses opened their doors on 10,000 square feet of additional growing space at the Horticulture Field Labs in May 2019. Building happens via vision and generosity; a “timely and substantial” grant from the Golden LEAF Foundation is what got the project off the ground, says Davis, who is head of the Department of Entomology and Plant Pathology.

This year has been a milestone, but we’re still on the journey.

Big projects like these, however, require leadership with a stomach for uncertainty. During greenhouse construction, Davis says, unexpected costs associated with utilities infrastructure threatened to derail the whole thing. Funding from the National Clean Plant Network, the NC State Department of Entomology and Plant Pathology and the Micropropagation and Repository Unit provided the plant grow light systems and back-up generator to complete the project.

Classroom and laboratory spaces are also receiving attention, with major new facilities improvements in the departments of Horticultural Science, Entomology and Plant Pathology, Molecular and Structural Biochemistry and Biological and Agricultural Engineering.

Keep checking with CALS for updates – momentum continues to build, and not just on campus. On deck: The 18 research stations, crucial hubs across the state managed in partnership with the North Carolina Department of Agriculture. The plan is to upfit them with world-class technology and catapult research and extension toward the agricultural technology innovation needed to feed a growing world population.

And infrastructure, of course, goes far beyond buildings – like NC State Extension’s commitment to making investments in improving broadband connectivity in rural areas.

“This year has been a milestone,” Linton says, “but we’re still on the journey.”